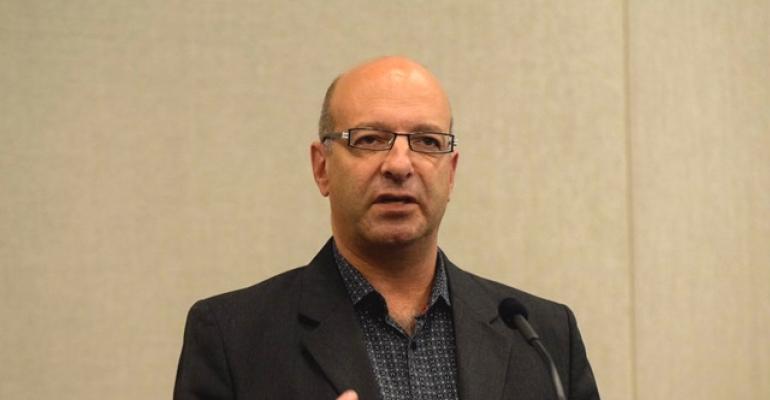 Mainstream automakers now are incorporating woods and leathers into their vehicles, leaving luxury marques scrambling to differentiate their offerings.&nbsp;

“You get real wood trim on a Chrysler 200 and leather on a Kia Optima, so what else do you do to make Cadillac worth the extra money?” he says at the 2015 WardsAuto Interiors Conference here. “We’re seeing a trickle down of technology and materials.”

As part of his job, Bernard says he travels the world to “see what’s out there” and to get out of the “Detroit mindset.”

What he has found is there now are different stages of luxury, which he describes as overt, understated, experimental, socially responsible and connoisseur.

“Some buyers stop at one stage, but if you have enough money and time eventually you progress through all five phases,” he says.

Luxury tastes also vary by region, Bernard says. In China and Europe there are consumers who just came into wealth and want a vehicle that signals to others that they are wealthy.

“The challenge is balancing good taste with bling. It’s not easy to do,” he says. “But we need to address the needs of customers. That’s why you see bright-green Lamborghinis, a Rolls-Royce Phantom with silk trim and a purple interior in a Mercedes S-Class.”

Another challenge facing luxury automakers is discovering new materials to set their vehicles apart. Many vehicles, even those considered mainstream, contain features such as wood and metal, which is why Mercedes is experimenting with granite and Bentley with copper trim.

“Customers have clear expectations of what vehicles qualify as luxury,” Bernard says. “There are opportunities in color and lighting, and using traditional materials in a different way, like the crystal shifter in the new (Volvo) XC90.”

“These displays look amazing when running, but the challenge is to make the instrument panel look equally upscale when the displays are off,” Bernard says.

Benecke-Kaliko, a subsidiary of supplier Continental, says it has developed a new material similar to what Bernard says luxury makers are seeking.

“It’s truly rich in appearance, incredibly soft to the touch, and sets new performance standards,” he says. “And we have a tailorable portfolio to help our partners tailor to their brand image.”

Beckman says Nobelis is derived from a water-based system, so it’s eco-friendly, is 25% lighter than standard leather and has very low odor, which Chinese customers prefer.

The material is designed for instrument panels, decorative surfaces and door panels, while a sister product, Nobelis Protect, is made for seating.

“OEMs can take one material and put it on different applications and not have any issues with harmony,” Beckman says. “We simplified the management of the material.”

Durability is a key quality issue on vehicles with leather seating surfaces, Beckman says, noting Nobelis Protect has the best abrasion performance in the industry.

Although not ready for production, Benecke-Kaliko developed a third material, Nobelis Lux Hylite, which has the potential to replace traditional heated seating surfaces in the future.

“It offers instant warmth and uses 80% less energy than a conventional heated system,” Beckman says,” noting the material uses no wires. “It could be important for electric-vehicle applications.”

Another possibility for luxury automakers is applying Nobelis Lux Hylite to other areas of the vehicle, including the center console.

Customers also get to decide among six exterior colors. There are six types of leather, five varieties of wood and five Alcantara microsuedes (for headliner and pillar trim) offered as part of four Black Label design themes. They are:

Seymour says each theme is meant to appeal to a specific luxury buyer. “Our philosophy is a gallery of themes designed for a variety of personalities and tastes.”

Although Black Label, available now on the Lincoln MKC CUV and MKZ midsize sedan, focuses heavily on interiors, that could change in the future, Seymour says.

“We’ve gotten feedback from dealers and customers and their expectations are for greater exterior differentiation, so that’s something we’re working on,” she says. “We’re looking at different types of features for the front end or grille.”