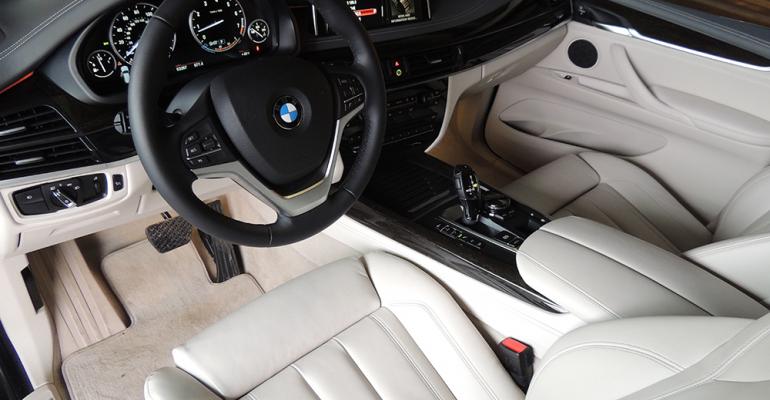 More than half of the 41 vehicles being evaluated in this year&rsquo;s competition are from premium brands or those aspiring to be. Winners will be announced next week.

Editors evaluated the vehicles throughout February and March and will announce the winners next week. Honorees will receive their trophies during a ceremony at the WardsAuto Interiors Conference being held May 21 at The Henry Hotel in Dearborn, MI.

To be eligible, an interior must be all-new or significantly improved. There is no price cap, unlike with Ward’s 10 Best Engines, which caps base price at $60,000.

But the premium brands are more active than ever, producing a raft of re-engineered utility vehicles, including the Acura MDX, BMW X5 and Range Rover Sport, and luxury cars such as the Cadillac CTS and ELR, Hyundai Genesis and Equus, Infiniti Q50, Jaguar F-Type, Lexus IS, Maserati Quattroporte, Mercedes E350 and S550 and Volvo V60.

Factor in the arrival of new entry-luxury players such as the Audi A3, BMW 2-Series, Chrysler 200, Kia Cadenza, Maserati Ghibli and Mercedes CLA250, and it becomes clear this year’s overall field is dominated by premium brands or those aspiring to be.

sure, WardsAuto is studying two all-new over-the-top dream cars that are more expensive than many homes in the U.S., the 2-door Rolls-Royce Wraith and 4-door Bentley Flying Spur.

Several other entries in this year’s competition certainly lean toward luxury as well, particularly the new GMC Yukon Denali and Chevrolet Corvette.

Vehicles we expect to include in next year’s interiors competition include the BMW i3, Chevrolet Colorado, Ford Mustang, Honda Fit, Mercedes C-Class and Porsche Macan.

Editors evaluate Ward’s 10 Best Interiors the same way they do Ward’s 10 Best Engines vehicles each fall – during their daily commutes in and around metro Detroit.

Editors complete score sheets after looking closely at stitching on seats and door trim and seeing how well seams match up on instrument panels.

They pay attention to textures, material quality and gloss levels and will mark down a vehicle for obviously fake wood and cheap plastic.

Editors climb in and out of back seats and third rows in larger CUVs and SUVs to check overall comfort levels and headroom and legroom. They fold seats and test switchgear and controls to gauge ergonomics.

In evaluating safety, editors consider sight lines and blindspots and the number of head restraints, as well as the presence of new technologies such as lane-departure warning and active cruise control, which are becoming ubiquitous.

Another increasingly important category is driver information as vehicles now are equipped with as many as three digital display screens capable of flooding drivers with trip data, diagnostics, infotainment and even the entire owner’s manual. Judges evaluate the accessibility of this information while driving.

The most important scoring category is aesthetics and design harmony: Does the interior philosophy match that of the exterior sheet metal? Do the lines of the instrument panel flow cleanly into the door panel, and vice versa? Does everything in the cabin work together in unison? Does the interior sell the vehicle?

Ultimately, WardsAuto editors are looking for interiors that raise the bar not only for that particular brand but also for that vehicle’s segment.

This explains how a Rolls-Royce can compete with a Kia. They don’t square off with each other but with their direct rivals in their respective sectors.

This is the fourth year for Ward’s 10 Best Interiors, which replaced the Interiors of the Year competition after Ward’s Automotive Group took over the Auto Interiors Conference in 2005.