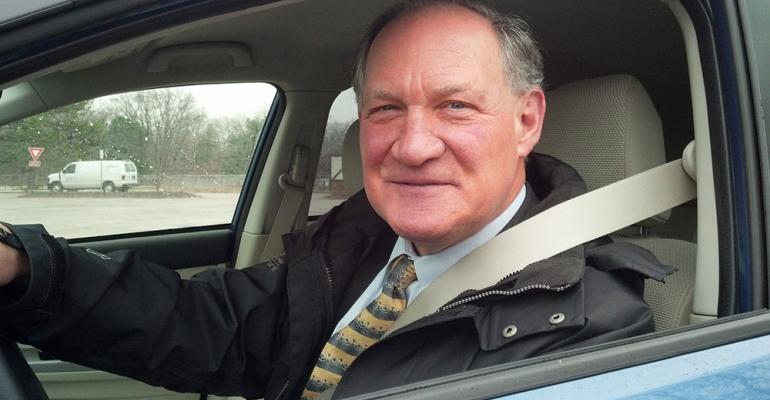 The Little Engine That Couldn’t

One wonders why Mitsubishi stopped at the engine when loading up this car with impressive equipment.

We haven’t come to bury the Mitsubishi Mirage engine, but we’re not here to praise it, either.

Elegies aside, the engine in the Mirage didn’t come close in the Ward’s 10 Best Engines competition, and that shortcoming under the hood is something of a head-scratcher.

The car is inexpensive without resorting to lowly econobox status. Mitsubishi claims in a press release that it’s “lovable.” That’s  debatable, taking it too far.

But for an entry-level subcompact starting at $12,995, it offers many fine features. Alas, its 1.2L inline 3-cyl. engine isn’t one of them.

The engine is loud. It makes its presence known like a brat pitching a fit in the middle of the room. Earplugs should come as standard equipment. And all that noise for only 74 hp.

Here’s the irony, though. The subcompact offers a surprising assortment of features inside. That includes a first-rate navigation system displaying not just roadways but images of buildings along the way.

Also available is a backup camera like the kind found on expensive vehicles. Another offering is hands-free Bluetooth. And crank up the music with a 140-watt sound system.

One wonders why Mitsubishi stopped at the engine when loading up this car with noteworthy equipment.

It seems clear all the amenities, from the visually rich GPS to the connectivity capability, are aimed at young buyers who want a car with gizmos, not necessarily a great powertrain.

We would be remiss not to note the EPA rates the Mirage at 44 mpg (5.35 L/100 km) on the highway in models equipped with the continuously variable transmission. It’s touted as the most fuel-efficient gasoline-powered non-hybrid vehicle in the U.S.

That’s impressive. An engine that roars like a Caproni biplane isn’t.