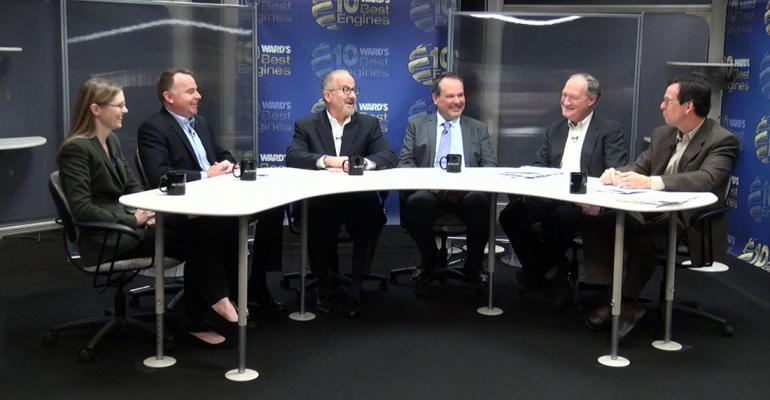 Takeaways from this year&rsquo;s competition: Direct injection and forced induction remain extremely popular; diesels still hold a considerable fuel-efficiency edge over gasoline engines; and there is a future for pushrods.

Engineers lucky enough to earn a Ward’s 10 Best Engines trophy surely find it fun to celebrate the accomplishment and bask in the glow with co-workers.

It’s fun for us, too, at WardsAuto, because our 3-month-long engine deep-dive represents a chance to read the powertrain tea leaves and identify technologies that are on the rise and those fading away.

We also drove six diesels, more than ever before, and for the first time put three of them on the list. All six diesels scored well, and we’re counting on new ones to test next fall. Same is true for tiny 3-cyl. engines, two of which we considered this year as the downsizing trend continues.

This is the 20th year for Ward’s 10 Best Engines. Eight editors evaluated 44 engines or propulsion systems during two months of daily driving in metro Detroit, ending in December.

To be eligible, an engine must be all-new or significantly improved and available in a production vehicle in the U.S. market within the first quarter of 2014.

The awards will be presented at a Jan. 15 ceremony in Detroit during the North American International Auto Show.