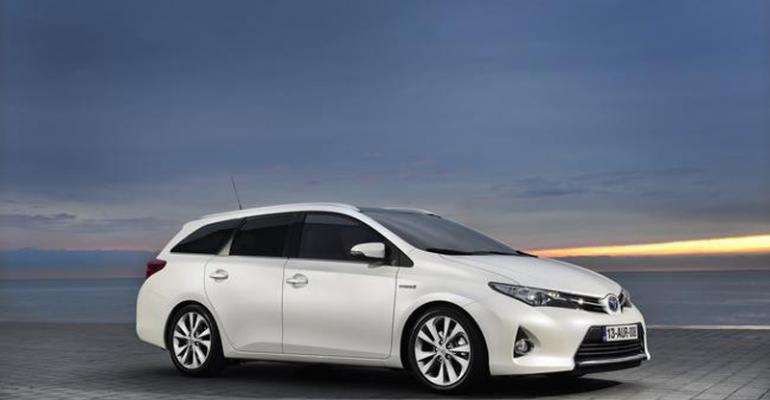 The No.1 Japanese auto maker says the FT-86 Open concept is a &ldquo;sneak preview of a possible future variant&rdquo; of the current coupe-only, RWD sports car.

Toyota will debut a concept version of its FT-86 rear-wheel-drive sports car at the Geneva auto show next month.

Variants of the FT-86, sold in the U.S. as the Scion FR-S and by Subaru globally as the BRZ, have been hinted at by Toyota and Subaru officials as a way to keep sales and interest high for the sports cars.

Also on the Japanese auto maker’s show stand will be the production Auris Touring Sports model. The compact wagon, related to the Corolla in the U.S., will “combine versatility and dynamic designs with superior luggage capacity and segment-unique full-hybrid technology,” the auto maker says.

The new RAV4 cross/utility vehicle will see its European debut in Geneva, as will a small, emissions-free, 2-person urban mobility concept car, the i-ROAD.

Toyota’s luxury brand, Lexus, will debut a hybrid version of the new IS in Geneva. The IS 300h joins the gas-powered IS models, that debuted last month at the North American International Auto Show in Detroit.

Also to be shown at the Lexus stand will be the LF-LC concept car, painted in Opal Blue. The 2+2 hybrid sports coupe is considered a strong possibility for production by industry-watchers, after making the rounds at last year’s auto shows.

Lexus also will display the full range of its F Sport models in Geneva, including the IS 300h F Sport.