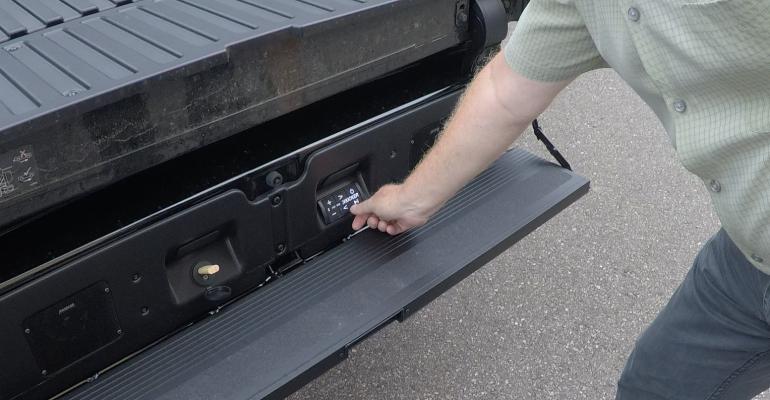 Editors applaud the surprise-and-delight features in the Sierra, Insight and UX, but find issues with GMC’s lax lane keeping and MIA adaptive cruise, the Lexus’ complicated phone pairing protocol and the Honda’s lack of driver’s side blindspot protection.

In a new weekly feature as part of the 2019 10 Best UX testing, Wards editors are sharing their impressions of vehicles along the way.

The UX competition is all about assessing the user experience behind the wheel. We evaluate all-new vehicles and score them based on their connectivity, design, controls, displays, navigation and maps, ADAS functionality, infotainment, overall value and elements that surprise and delight.

We’re looking for systems that are user-friendly and intuitive, taking the frustration out of new technology.

Testing for 10 Best UX wraps up in late August. Winners will be announced in September and trophies will be presented Oct. 1 at the WardsAuto User Experience Conference at the Suburban Collection Showplace in Novi, MI.

Bob Gritzinger: Running boards are a delight upon entry, but a surprise when they clunk closed so abruptly – it feels and sounds like someone hit the truck. Every time. Rock ʼn' roll tailgate sound system is a bonus, but it’s not clear how to connect Bluetooth to the tailgate sound system.

Drew Winter: The multi-function tailgate is innovative. Power sliding rear window is a pleasant surprise, as are the multitude of power outlets and great lighting in the box. Auto-folding mirrors are a treat. Those things are big.

Dave Zoia: Think the center screen small for this vehicle, particularly in light of what FCA is doing with Ram. Generous size TFT in gauge cluster, but overall the instrumentation looked a little dated. Love the fact there’s a HUD, but found it washed out quite a bit in sunlight.

Gritzinger: I’m with Dave – the screen seems oddly small, especially for such a large vehicle with a huge amount of space in the center stack. It reminds me of screens in lower-trim F-150s and Rams, but this is the high-end Denali in the Sierra lineup.

Tom Murphy: Lane keeping barely works. I could sway across lanes and seemingly plow into other drivers. If it came at all, intervention was way too late. I couldn’t find a way to adjust sensitivity or response time. 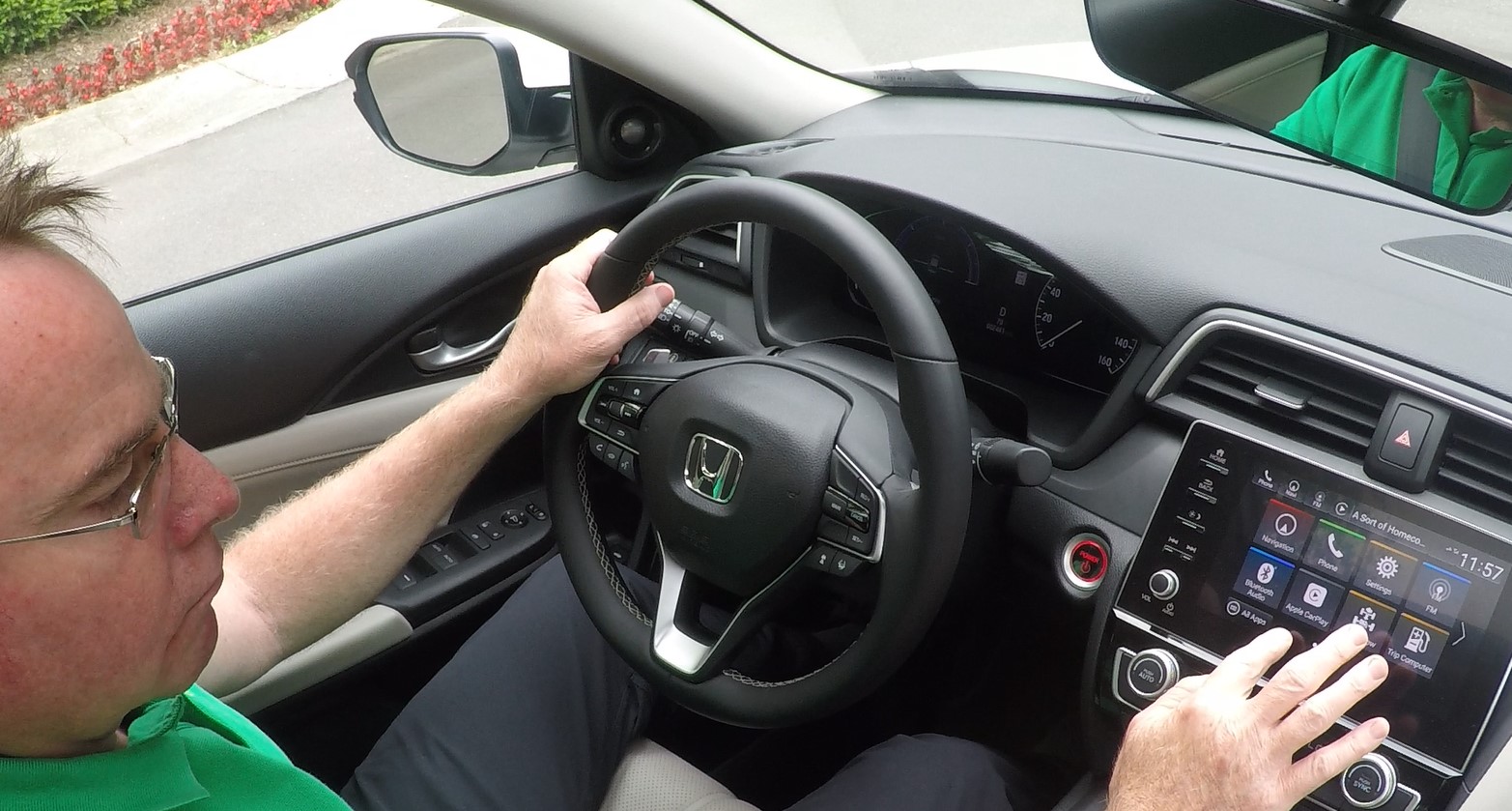 James Amend: Creative startup sequence with the white tach and speedo gauges jumping to life against an otherwise blacked out IP. Unsure what it suggests but, hey, it looks cool.

Winter: I like the smartphone garage in the center stack. It’s a very wide-open space with lots of light, not a dark little nook you have to search for. It’s an intuitive and easy place to put your phone. There are two USB plugs for power and CarPlay. (But) I found the screen too low. I had to take my eyes off the road to look at it, and it was a bit of reach for touch controls.

Murphy: Switching between FM/AM/SiriusXM is more complicated than it should be. No wireless phone charging.

Amend: A lot more soft-touch materials than you would usually find in a $30,000 car, particularly a hybrid where plastic saves weight.

Winter: Not confidence-inspiring lane-keeping. Sometimes it provided a strong assist, other times very slight and frequently its MIA. Adaptive cruise maintains distance well, but if you are on the expressway going 70 and there is a backup ahead it won’t brake moderately hard to a stop. Instead it starts flashing a panic sign that says BRAKE! BRAKE!

Amend: Quite a value for $30,000 when you also consider our trip computer was showing 50.4 mpg. How’s that for surprise and delight!

Murphy: The Insight is a tremendous value, and I like that Honda has removed the “science-project” styling elements that plagued earlier generations. It’s as good-looking as a Civic, inside and out, and equally functional from UX standpoint. And very affordable. 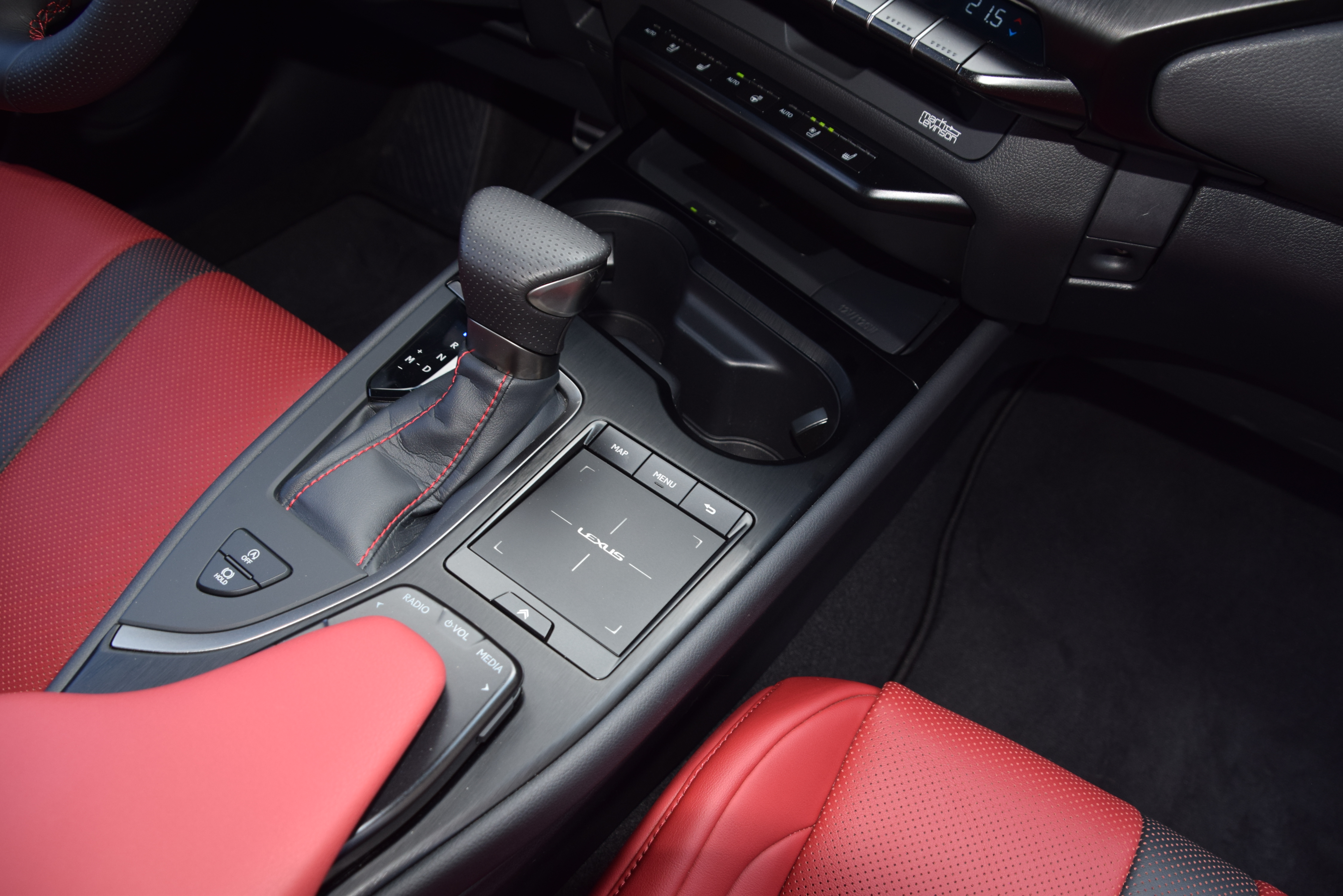 Gritzinger: Love the starry startup sequence, but the topper is the physical binnacle inside the cluster that slides from side to side to encompass differing elements projected on the TFT screen. Very slick. I think the cluster is a functional work of art that provides a wealth of information at the touch of a steering-wheel button, while the HUD does a great job of putting key information at eye level without being overly busy or complex. Just the facts, ma’am. (Caveat: It’s a struggle to find the controls for the HUD height and brightness, buried in left steering wheel system controls).

Amy Alexander: I did not like the placement of the cupholder. If you had anything in either cupholders, the buttons for all the HVAC controls would be blocked, as well as the wireless phone charger area.

Jim Irwin: Touchpad easier to operate than previous versions, which were much too sensitive. Voice controls were frustrating: I was asked to request a radio genre and when I said ‘rock,’ ‘country’ and ‘news’ was told there weren’t any.

Christie Schweinsberg: Why must we first go to Bluetooth (which wasn’t easy to find, by the way) when we want to pair a phone? It should be under “phone.” Voice tripped up a few times. I learned you really must stick to the script in this car.

Amend: Relatively small central display given the shot Mercedes put across the industry’s bow, but it’s integrated nicely up high on top of the center stack. I also like how the driver information center is smartly designed into the speedometer. It’s a sporty look too, befitting an F-Sport.

Gritzinger: Mostly solid performance of ACC, with good cues indicating whether it “sees” the car ahead. Lane keeping is another story – hit or miss.