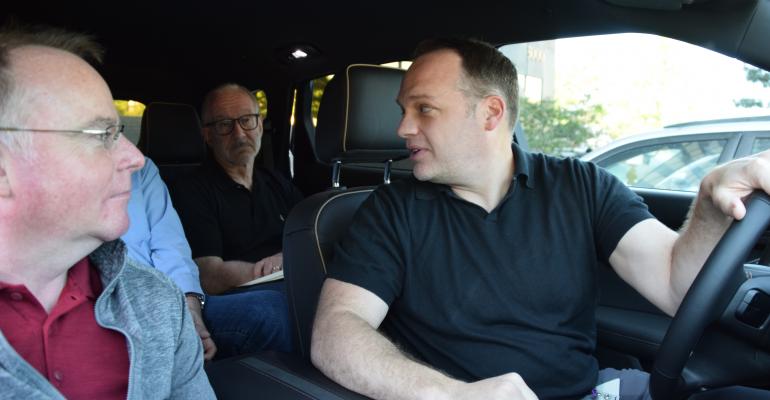 Editors like the Blazer’s high-resolution touchscreen, struggle with phone pairing in the RAV4 and find the Altima’s ACC system intelligent enough to not speed up on a turn.

Last week’s installment focused on the BMW 330i, Nissan Kicks and Volkswagen Arteon.

The UX competition is all about assessing the user experience behind the wheel. We evaluate all-new vehicles and score them based on their connectivity, design, controls, displays, navigation and maps, ADAS functionality, infotainment, overall value and elements that surprise and delight.

We’re looking for systems that are user-friendly and intuitive, taking the frustration out of new technology.

Testing for 10 Best UX wraps up in late August. Winners will be announced in September and trophies will be presented Oct. 1 at the WardsAuto User Experience Conference at the Suburban Collection Showplace in Novi, MI.

This year’s field will include about 25 nominated vehicles. Editors submit scoresheets for each vehicle evaluated, and the following comments come directly from those sheets.

Dave Zoia: Exterior design and interior sport touches make this a standout in crowded CUV market. Nice panoramic roof. But no real pizzazz to start-up sequence, so missed opportunity there.

Christie Schweinsberg: Phone pairing is so-so. I had to search for network twice to get it to appear. But once it did the actual pair time was quick, as were prompts to download contacts and messages. Made a call to a contact right away. It has Android Auto, Apple CarPlay, WiFi, traffic and weather and Qi wireless charge pad.

Amy Alexander: My phone connected to Bluetooth immediately. Voice recognition was nice, when it worked. When I first started the vehicle sitting outside of Applebee’s, I kept trying to voice-control navigation, and it kept giving me the error of “Voice controls not available right now.” I waited about 30 seconds and it still wouldn’t work.

Zoia: Phone connected quickly for me. I’m disappointed in CarPlay music functionality – not only here but in other vehicles as well. I’m often locked out of browsing, which seems counter to what you want CarPlay for.

Schweinsberg: Worth noting that while some people love the dual-purpose rings around the air vents, I’m sure there are others who will hunt and hunt to adjust temperature. It won’t be intuitive for everyone. Important for dealer staff to spell this out upon vehicle delivery.

Alexander: Love the main screen and its similarities to a smartphone. Moves much quicker and more responsive than the ’18 Equinox. There was a delay when switching radio stations. On the screen, the radio station had already changed, but there was a couple second delay for the actual audio to catch up. 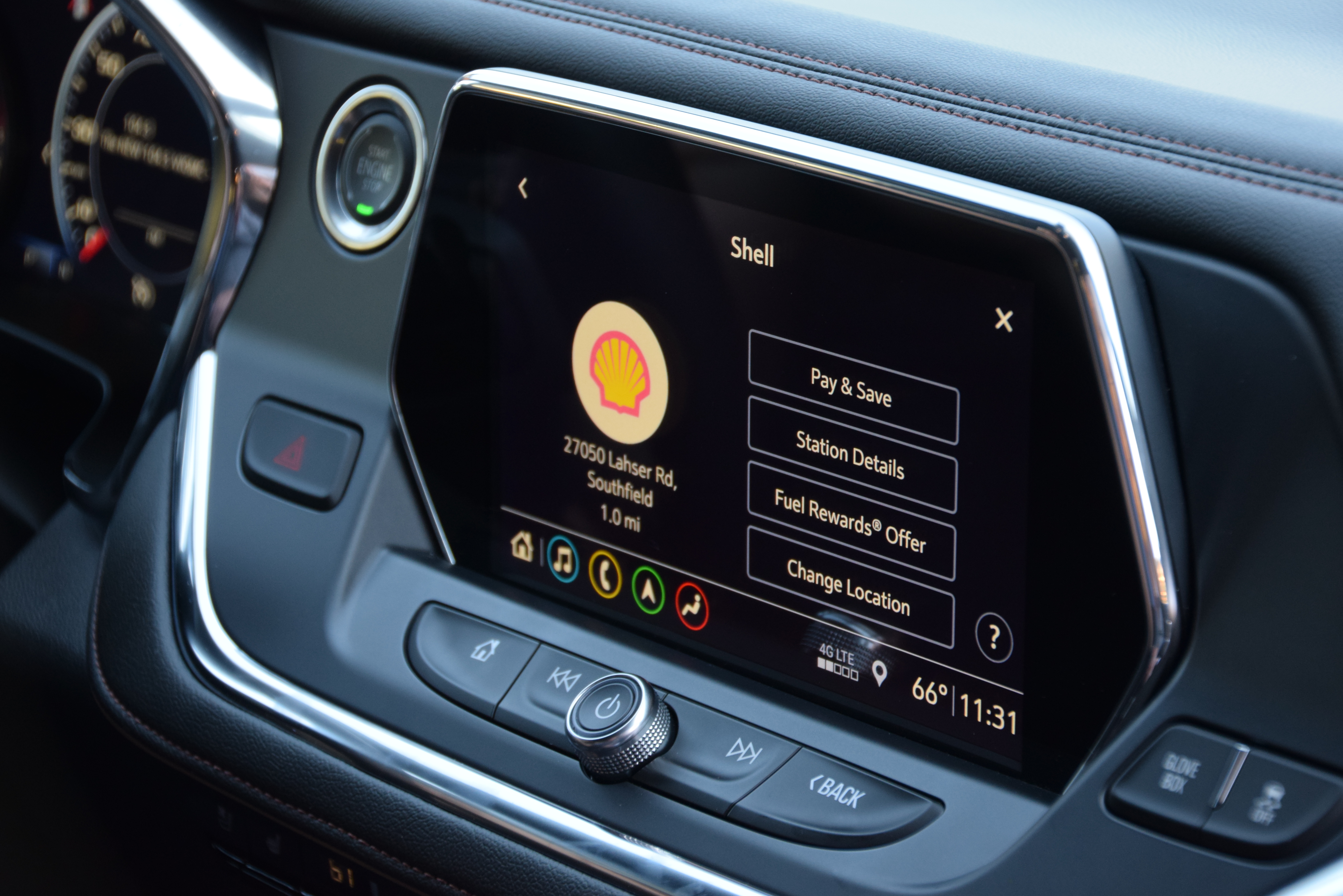 Alexander: Probably the easiest way to turn off voice guidance than any other vehicle because I ALWAYS turn it off and sometimes it’s really hard to find how to do that.

Zoia: CarPlay NAV worked great and routed me around flooding that would have added an hour or more to drive.

Schweinsberg: Finding an address or POI wasn’t easy (my fault partially). I asked for the nearest Starbucks, and at first it wanted to know in what location. Second time it did it right without me having to specify a location.

Alexander: Cross-traffic and blindspot alerts were onboard, worked fine.

Zoia: Solid sound system. Could use surround-view in a vehicle this size, especially at price point. This and lack of HUD are beginning to be glaring omissions to me, especially when topping $50,000.

Schweinsberg: ACC mostly worked well. There was one time where it was really pokey to restart after braking while following a car. I’m sure the person behind me wondered what was going on. That said, I found it impressive that it brought me to a stop twice while approaching a car stopped a decent distance ahead at two different lights. I wasn’t expecting that. Hardly ever recognized lane lines during my test. The lines were shown as empty white boxes vs. solid green lines, as they should be if the system is working. I did see the white boxes go orange once on Woodward, but there was no steering intervention or vibration of my seat. It did work as intended on 13 Mile, which surprised me as the lines weren’t great.

Zoia: Found the ADAS tech to be confident and smooth operator. Lane keeping had me bouncing like a pinball from stripe to stripe. Technology with better lane centering should be onboard at this price.

Zoia: No big mystery to controls. Touchscreen takes good aim, but it reacts quickly. More steps than should be necessary to use voice commands to program nav address. Technology is moving on here and the Altima hasn’t caught up. That said, routing was good.

James Amend: A marvelous economy of buttons, knobs and switchgear. I also enjoyed the simplicity of analog speed and rpm gauges. I like the shape of central display screen, and it is nicely positioned to reduce glance time. Turn-by-turn navigation integrated into the instrument panel is pretty nifty for the price point ($32,930). I don’t know that this is a UX topic, but a flat-bottom steering wheel on a family sedan is freakin’ awesome.

Drew Winter: Adaptive cruise control works well even in moderate rain (shut down during hard rain) and takes you from expressway to stoplight. When stopped at light, you can push plus sign on ACC to “follow car ahead.” It’s intuitive, good UX. Lane-keeping assist will take you around some pretty big curves on I-696 before telling you to put hands on the wheel.

Tom Murphy: Speaking of 696, I was westbound, exiting onto southbound I-275, a big left sweeper turn. I was in the left lane, using ACC to follow the truck ahead of me. When the truck changed lanes to the right, I assumed I’d have to hit the brakes because the vehicle would accelerate based on my programmed speed. But the vehicle didn’t speed up. It kept my current speed until I got through the turn, then sped up to my programmed speed. Very cool to see ADAS systems intelligent enough not to speed up in a turn. 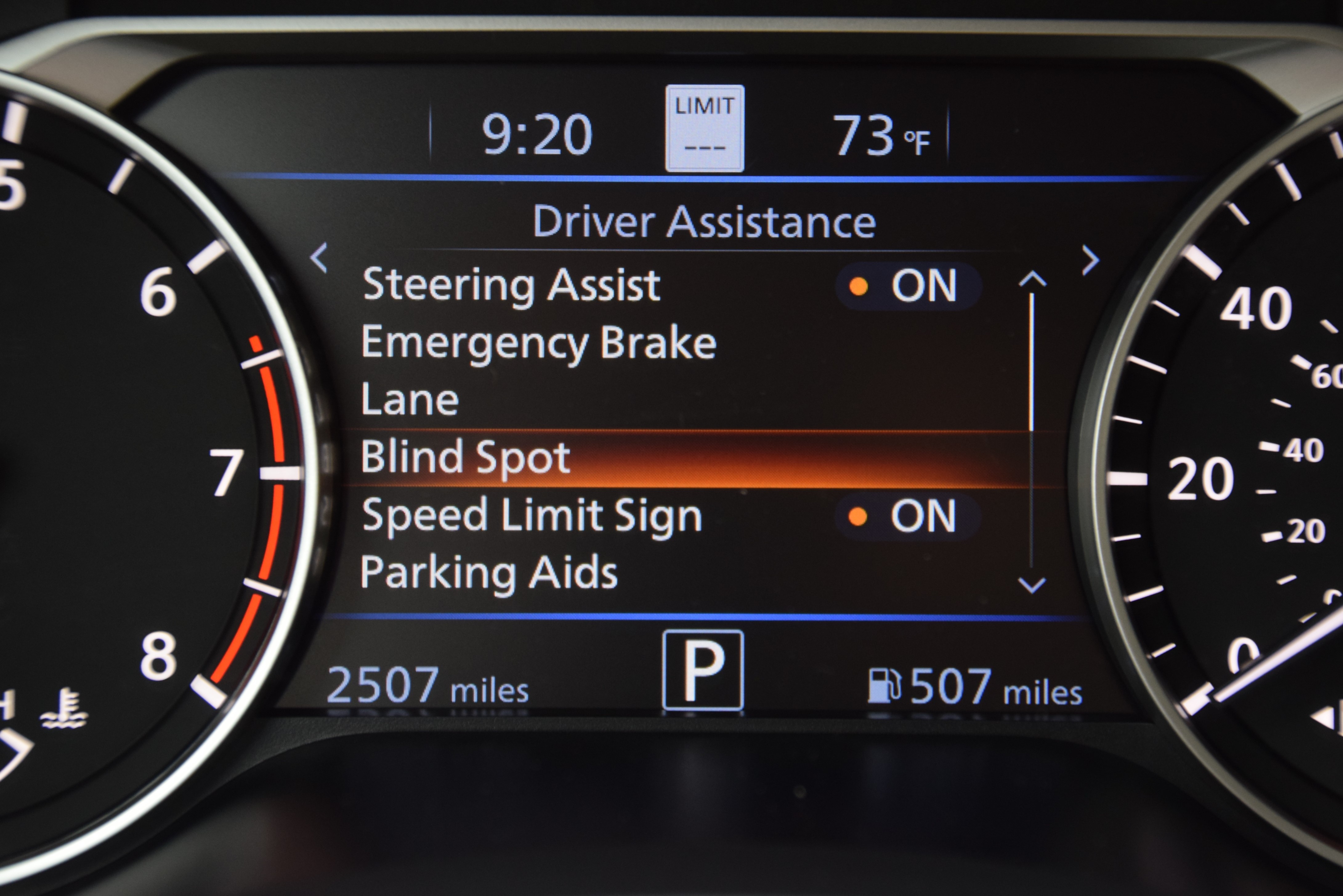 Bob Gritzinger: Inability to shut off irritating “beep-beeps” every time the vehicle’s lane keeping engages and disengages is a major negative in an otherwise stellar safety suite.

Jim Irwin: Pro Pilot Assist is a godsend in heavy rush-hour traffic. But I didn’t go much longer than 10 seconds before being told to put my hands back on the wheel.

Zoia: Pretty good confidence with ACC, but lane keeping couldn’t handle the freeway curves at 70 mph. ADAS features competitive, but rest of the car and its UX features seem rather middling.

Amend: Is there a stronger standard ADAS package at this price point? The 9-speaker Bose audio system really brings the jams.

Winter: Lots of ADAS features for $33K, including rear automatic braking to prevent you from backing into things. No overhead-view parking assist, a deal-breaker for me. Phone pairing pretty easy.

Zoia: Agreed, but also a nice start-up sequence with the graphics display on instrumentation.

Amend: There is an immediate emotional connection to Toyota’s green reputation. Parsing through all the efficiency data, you can’t help but feel like you’re part of the low-emissions solution. I enjoyed the ambient lighting of the cubbies, too.

Winter: No HUD, but decent-size 7-in. display for $40,833, loaded. Having a terrible time pairing my phone but I believe it is related to my new iWatch.

Zoia: They fixed phone pairing problem we noted in the past, which is that the menu is buried non-intuitively in the Bluetooth setting. Here they have a tile right on the Home screen. And it connected quickly.

Murphy: Yes, but if you don’t know the Home button will get you quick access to phone pairing, you’ll likely press the Phone button next to the main screen. That won’t get you to Bluetooth pairing. You’ll have to go to the main menu and select Setup. Then you’ll be in Bluetooth pairing land.

Zoia: If there was CarPlay, I couldn’t find it, but maybe have to connect phone first? Buttons and dials for key functions are in the right spots. Screen is easy to navigate.

Amend: Everything is fairly straightforward, from activating/operating ACC to finding efficiency data and working the HVAC to the perfect levels on a 95-degree day. 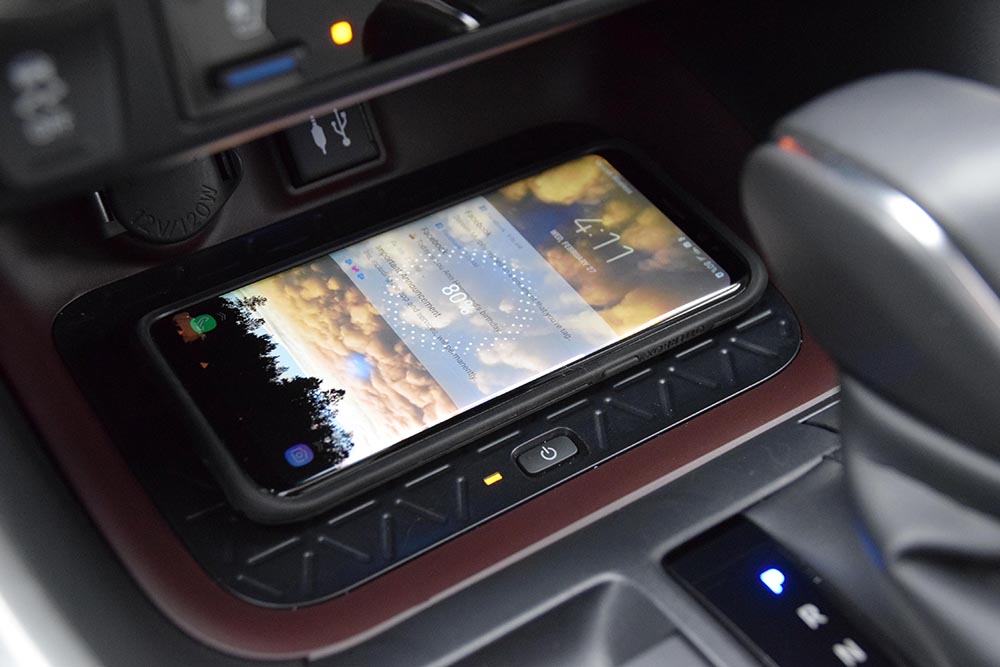 Gritzinger: With the hybrid info in the cluster and competing information in the center stack, the displays all seem overly busy and not terribly easy to manage.

Zoia: Thought the displays were rather bland. But 8-in. center screen is good size, with nice, simplistic icons and clean, uncluttered design overall. Like Drew, I am beginning to view lack of HUD as a glaring omission.

Amend: I continue to be a big fan of rear camera mirrors, and the one in the RAV4 is high-resolution. Central display could use splash of color but is perfectly placed: nice and high for safety – no problem with glare.

Winter: I have medium confidence in RAV4 ADAS, and mapping graphics are not impressive.

Zoia: Found it easy to voice program, and it gave good route with clear indicators that were easy to follow. Steering inputs from lane keeping are very abrupt. Not a great ride experience.

Amend: Graphics of the native navigation seem dated but at the same time easy to read. And thank you RAV4 for introducing me to the fact that Apple CarPlay will automatically load information on my morning/afternoon commute from my smartphone. Nifty!

Gritzinger: Lane keeping assist is twitchy, making constant corrections as it tacks from line to line.

Zoia: I get the need for some branding and customer interaction with Entune infotainment, but think having to go through another layer to access things is not the greatest UX.

Amend: $40,833 buys loads of connectivity and safety in a functional package.