The Ascent’s user experience begins once the engine turns over, launching a visually stunning start-up sequence that projects a starry sky animation across three screens on the instrument panel.

Subaru scored a win last year when the Impreza compact sedan landed on the Wards 10 Best UX list. This year, the Ascent, the largest vehicle the Japanese brand has ever produced, makes it two in a row by carrying over much of the Impreza’s user experience, and improving on it.

At a higher price point (our Ascent Touring tester stickered at $45,670), this three-row all-wheel-drive CUV is significantly more upscale, spacious and better equipped than the Impreza.

The Ascent’s user experience begins once the engine turns over, launching a visually stunning start-up sequence that projects a starry sky animation across three screens on the instrument panel. Subaru customers love the outdoors, so this greeting surprises and delights, while reinforcing the brand attributes.

The screen responds quickly to finger taps and is framed by hard buttons above and below, making it easy for the driver or front passenger to toggle between radio and media displays, maps and navigation or a wide range of user-friendly apps. Knurled knobs for volume and tuning are conveniently located at the base.

With the Ascent, the Starlink multimedia screen now integrates EVEConnect, which enables drivers to control and automate smart home devices from the dashboard. New audio offerings include Tune Mix, which mixes songs from different SiriusXM channels stored as presets, and Sports Flash, which provides updates on pre-selected sports teams.

Above the center stack are buttons allowing quick scrolling of views on the secondary screen perched atop the instrument panel for displaying chassis pitch and roll, fuel economy, outside temperature, time, directions, media track information and which driver-assistance systems are switched on.

Also new with the Ascent, the upper screen can be set to provide a view from the front bumper – very handy during off-roading.

Beyond its screens, the Ascent lands in this year’s winner’s circle because it delivers on multiple UX fronts: USB ports in all three rows, a bladder-busting 19 cupholders, 120V power outlet, ventilated front seats (a first for a Subaru), excellent Harman Kardon sound system and worthy driver-assistance systems anchored by camera-based EyeSight, a pioneering collision-avoidance technology which has been updated for the Ascent. 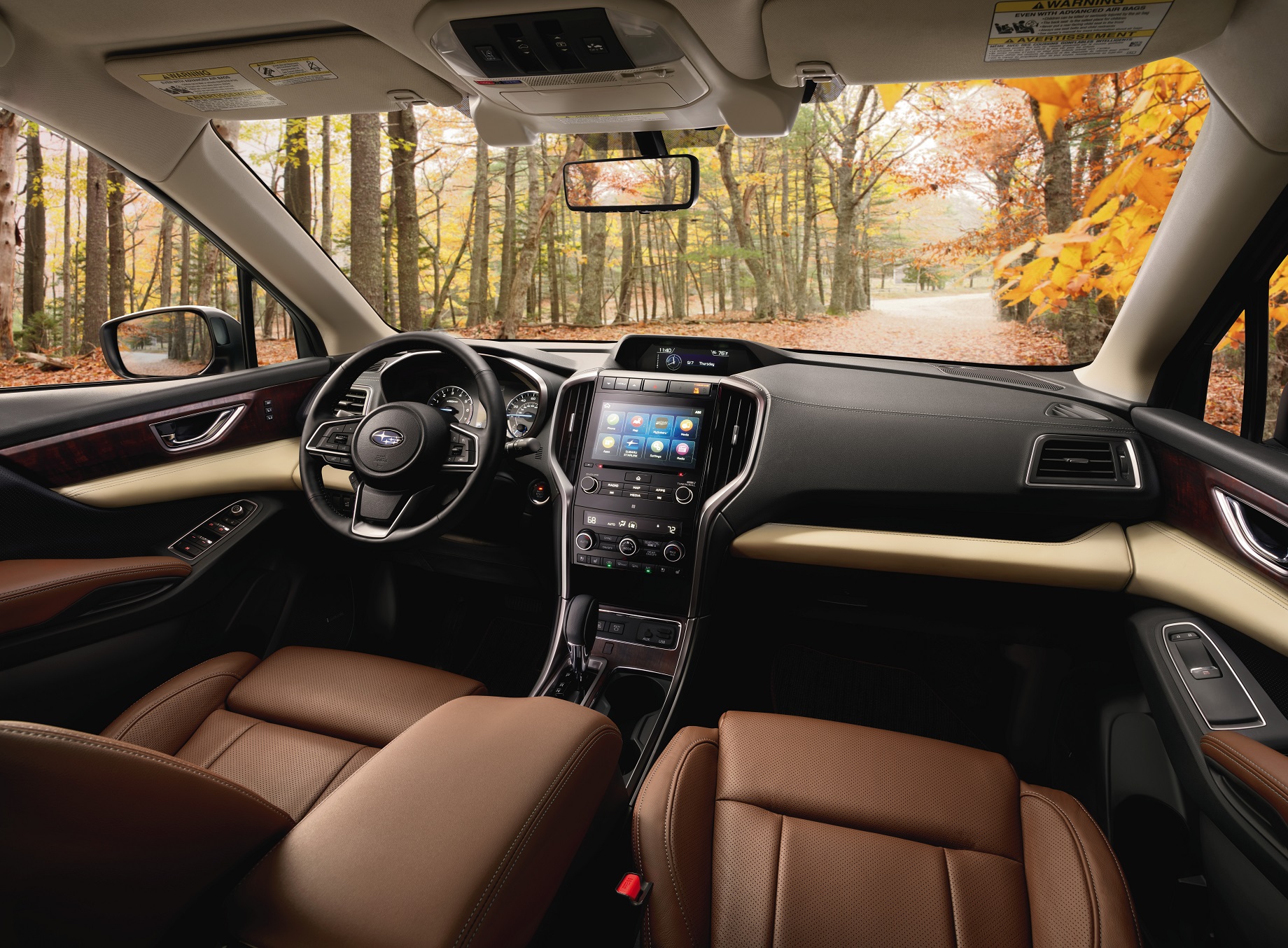