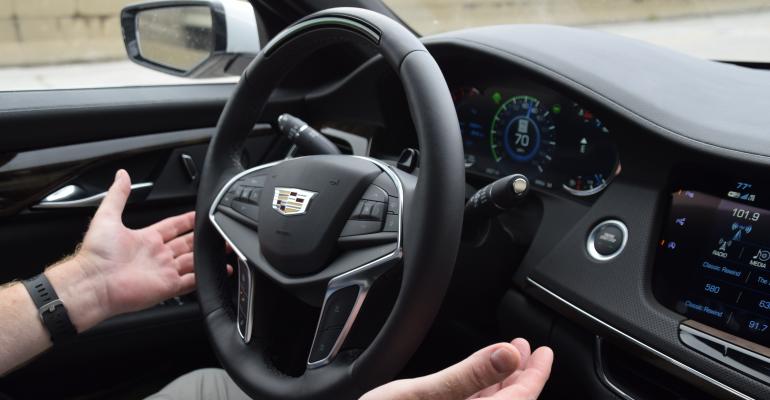 Wards 10 Best UX judge Christie Schweinsberg says: “Well, Super Cruise knocked my socks off. I’m blown away by how good it is, especially its ability to maintain a lane.”

It was just a few short years ago when autonomous cars seemed like a pipe dream. Flying cars, yeah, that was more likely. Then General Motors brings Super Cruise hands-free driving to market in the ’18 Cadillac CT6 and suddenly the day when we may let the car do all the work seems right around the corner.

To be clear, Super Cruise in the CT6 large luxury sedan, a 2018 Wards 10 Best User Experience winner, is not fully autonomous driving. Drivers must keep their eyes on the road. The system permits up to five seconds of looking away, perhaps to take in the scenery or chat with a passenger, before a green light bar on the steering wheel flashes red to bring the driver back to attention.

Drift away too long, or too often, and the technology will go so far as to disable itself until the car is stopped and restarted. It tracks the driver’s eyes, even wearing dark sunglasses, and dislikes drivers looking down – so no fiddling with your phone. But follow the rules of Super Cruise and the CT6 is a user experience unlike any other.

“Color me green with envy for anyone who owns a Cadillac with Super Cruise,” remarked Wards 10 Best UX judge Bob Gritzinger. “Impressive ability to operate in all kinds of traffic conditions.”

Judge Christie Schweinsberg says: “Well, Super Cruise knocked my socks off. I’m blown away by how good it is, especially its ability to maintain a lane.”

It’s a snap to use, too. Here’s how: Enable all the car’s advanced driver-assistance systems, such as lane keeping, and then activate and set the adaptive cruise control for the desired speed. Center the car in its lane and a white steering wheel icon will appear in the instrument panel if conditions permit its use. Push the Super Cruise button on the steering wheel and once the green light bar appears and remains solid it’s safe to take your hands off the wheel, feet off the pedals, sit back and enjoy the ride.

There are some caveats. In addition to drivers remaining attentive, Super Cruise will work only on limited access highways without cross-traffic intersections or stoplights – think of the 2,900 miles (4,667 km) of Interstate 80 connecting the east and west coasts.

It won’t change lanes automatically to overtake slower traffic, either. But simply tap the turn signal, change lanes, center the CT6 in its lane again and the light bar will switch from blue back to green with the system re-activated.

Super Cruise surpasses hands-free systems from automakers such as Tesla and Mercedes-Benz because in addition to the radar and cameras those systems employ, the GM technology also leverages GPS and 160,000 miles (257,495 km) of digitally mapped divided highways in the U.S. and Canada. Audi recently backed off its Traffic Jam Pilot hands-free option for the new A8 in the U.S., at least until it sorts out cited legal, infrastructure and consumer issues.

For example, the system worked intermittently for a short period during heavy rainfall, telling the driver there was a lack of functionality due to sensor problems. But a few miles later in even heavier rain it worked as advertised.

On another occasion Mother Nature intervened again, telling the driver the road was not mapped, although it was, leading GM engineers to suspect heavy thunderstorms in the area blocked the GPS signal. Super Cruise traveled the same stretch of road later without a hitch, as well as 180 miles (290 km) of additional hands-free driving where the sole interruptions were a roadside rest stop and a little piloted driving to break up the routine.

But Super Cruise is more than gee-whiz technology. Just a few minutes behind the wheel and the driver’s shoulders relax as the chore of steering is significantly diminished. Conversation comes more easily, too. And after becoming comfortable with the technology, there is a heightened sense of safety and, with the CT6 always perfectly in its lane, it is astonishing how poorly other motorists keep their cars off the roadway markings.

GM says it plans to roll out Super Cruise through the Cadillac lineup, and with rivals hot on its heels improvements and enhancements likely will arrive soon. For now, however, Super Cruise in the CT6 proves the future is now. 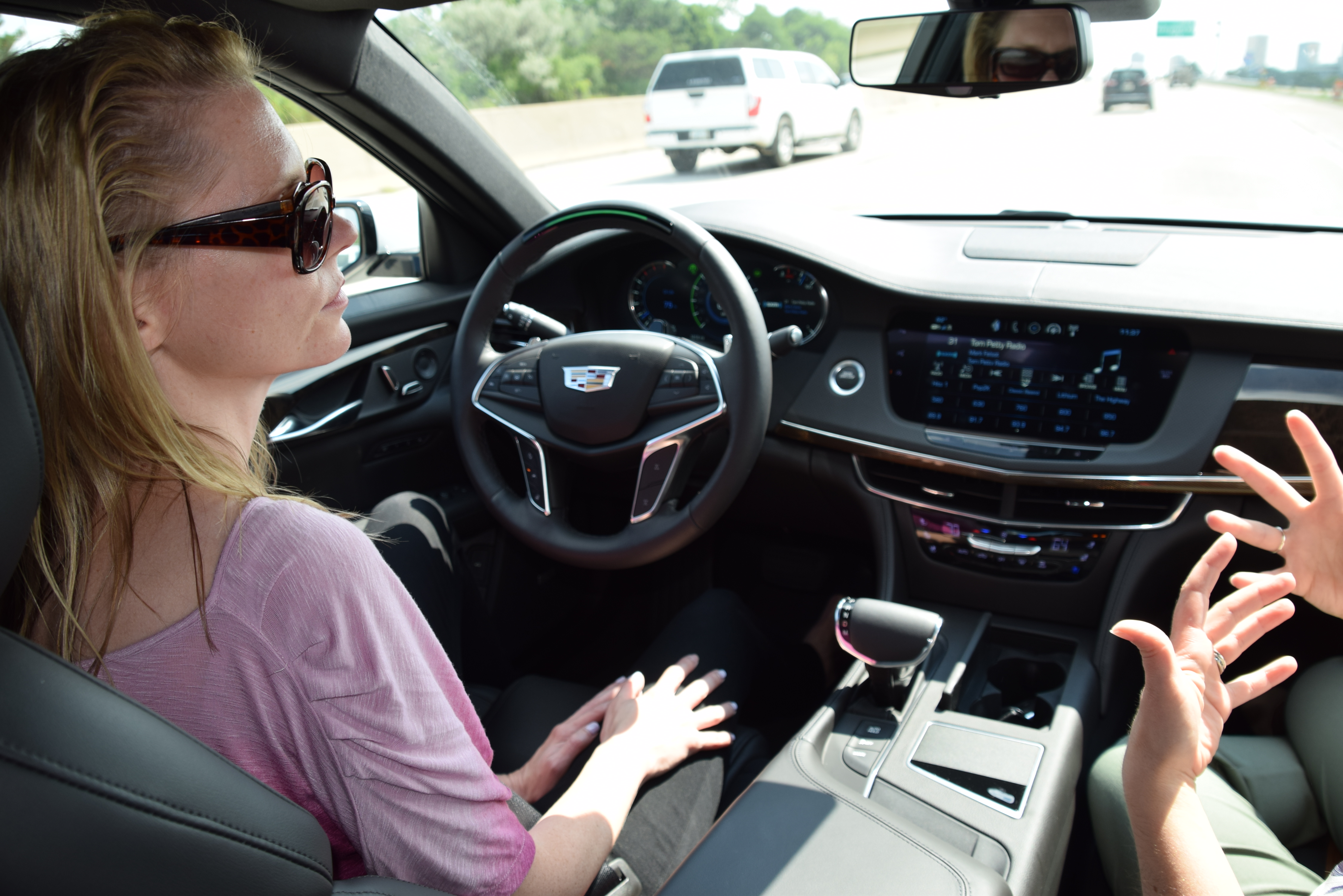