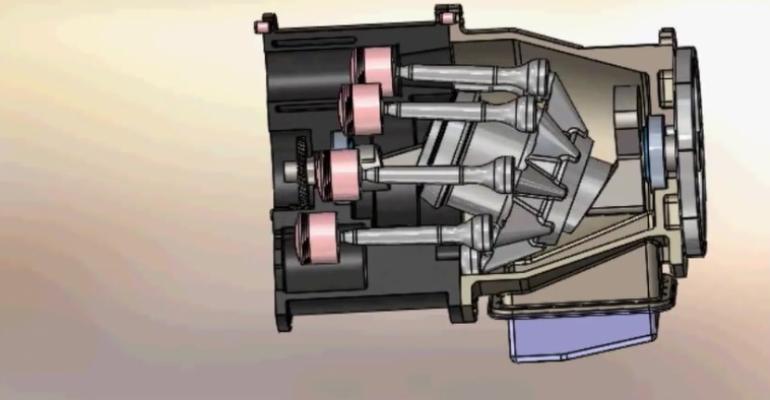 In Search of Combustion’s Next Wankel-Like ‘Better Idea’

Hundreds of oddball engine ideas have been proposed, at least two of which might yet grab a Wards 10 Best Engines & Propulsion Systems Award.

This is the fifth in a series of articles highlighting powertrain trends as the Wards 10 Best Engines competition celebrates its 25th year.

When I look at the comprehensive list of Wards 10 Best Engines, I’m struck by the fact that nearly every trophy bequeathed to an actual engine (not counting the electrics) has recognized a four-stroke, pistons-and-poppet-valves design.

OK, keeping piston engines in regulatory compliance has required plenty of fresh thinking, but let’s take a moment to remember a steady stream of “better mousetrap” engine concepts that have appeared over the last 25 years – at least two of which are still kicking around, hoping any year now to bust onto the newly renamed Wards 10 Best Engines & Propulsions Systems list.

At the 2012 SAE World Congress, two companies showed riffs on the WWI “Gnome Rotary” airplane engine, which originally featured a fixed crankshaft and a spinning cylinder block, to which the propeller was affixed.

The better of these was dubbed the Doyle Rotary (see illustration below). It featured two rows of six cylinders, each containing a piston with its connecting rod affixed to the outer circumference and valve porting down at the center of the engine, where the spark plug and shared combustion chamber also resided in a “stationary crankshaft.”

By dedicating one row of six cylinders to intake and compression duties only and the other to combustion/exhaust, the charge air stayed cooler and by firing just after top-dead-center and extracting work all the way to bottom-dead-center, Doyle claimed impressive thermal efficiency and low emissions. Sadly, after self-funding seven rounds of prototyping, the internet trail goes cold on Lonny Doyle’s masterpiece in 2013. 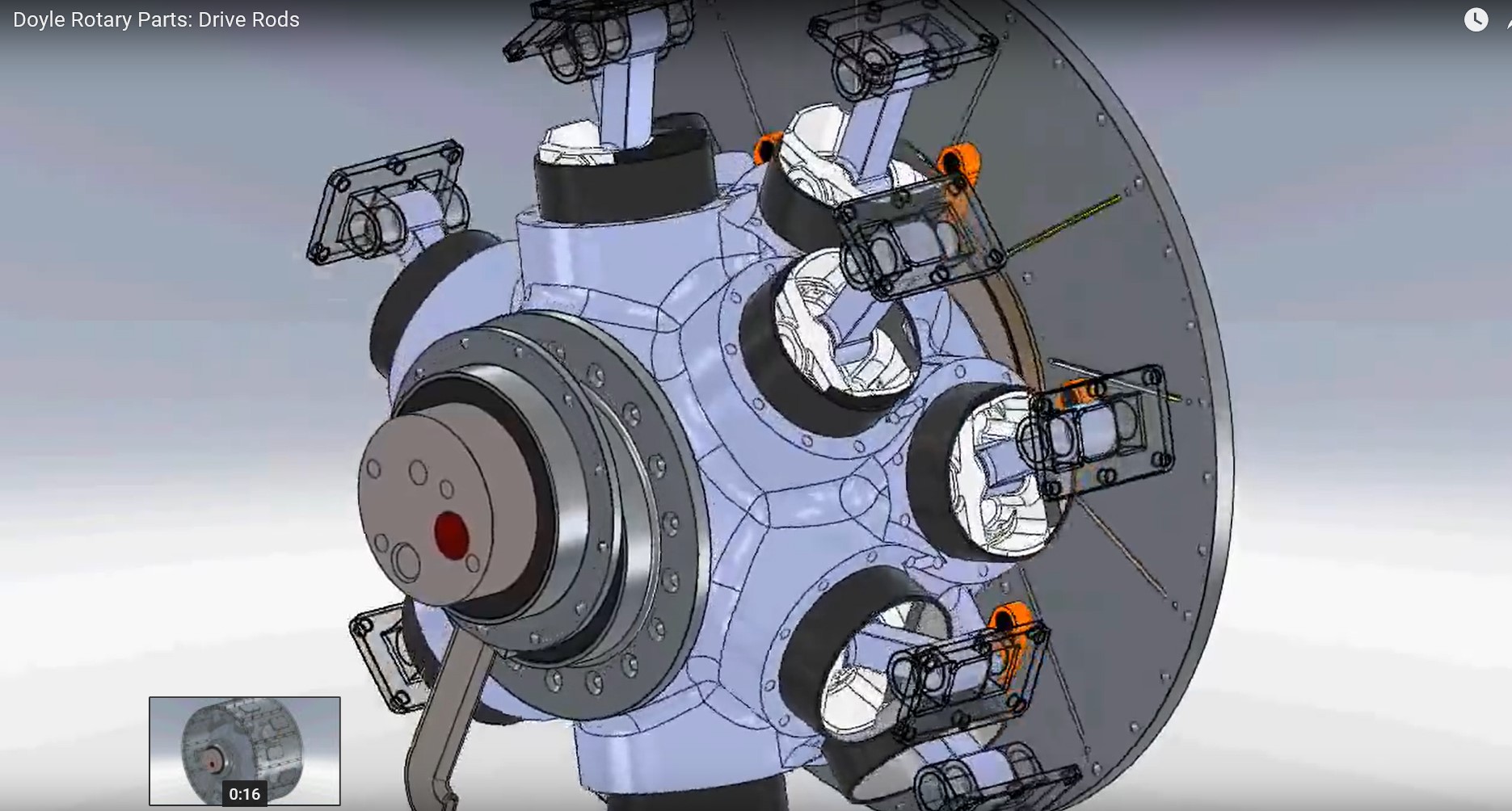 This one looks a bit like an air-conditioning compressor that burns fuel. The pistons and cylinders are arranged parallel to the crankshaft, which includes a V-shaped section tilted relative to the rotation axis. The connecting rods mount to a “nutator” that rides up and down the eccentric V-section to shorten or lengthen the piston stroke and vary the leverage exerted on the crankshaft.

The engine’s claim to fuel-economy fame was its ability to shrink displacement to fit the (typically low) power/torque requirement most engines operate under most of the time. Friction and durability concerns relating to its ball-jointed connecting-rod/nutator joints are likely culprits in preventing this “better idea” from catching on.

That brings me to the concepts that are still under active development:

At first glance, this one may not seem “oddball” enough for inclusion here, as it very much involves pistons, connecting rods and poppet valves. But it’s a six-stroke!

Nautilus’ killer hack for achieving homogeneous-charge compression ignition (igniting cheaper, cleaner-burning gasoline more efficiently via compression) is to mount a smaller piston atop the main one and nestle it into its own little tight-clearance mini-cylinder atop the main one.

This causes an abrupt increase in compression ratio near the top of the compression stroke, generating pressures sufficient to ignite a small amount of direct-injected gasoline, initiating a mini-power stroke (these mini-strokes are the extra two in the six stroke count).

As soon as the mini-piston exits its mini-cylinder, so does the greatly increased pressure from the mini-combustion event, triggering near instantaneous ignition of the remaining throttle-body-injected lean air-fuel mixture (typically between 24:1-32:1).

Claimed benefits include 50% thermal efficiency, combustion temperatures low enough to prevent NOx formation, and the ability to increase cylinder bore size so that cylinder count (and hence engine cost) could be halved, with a 4.0L 4-cyl. replacing a 4.0L V-8. 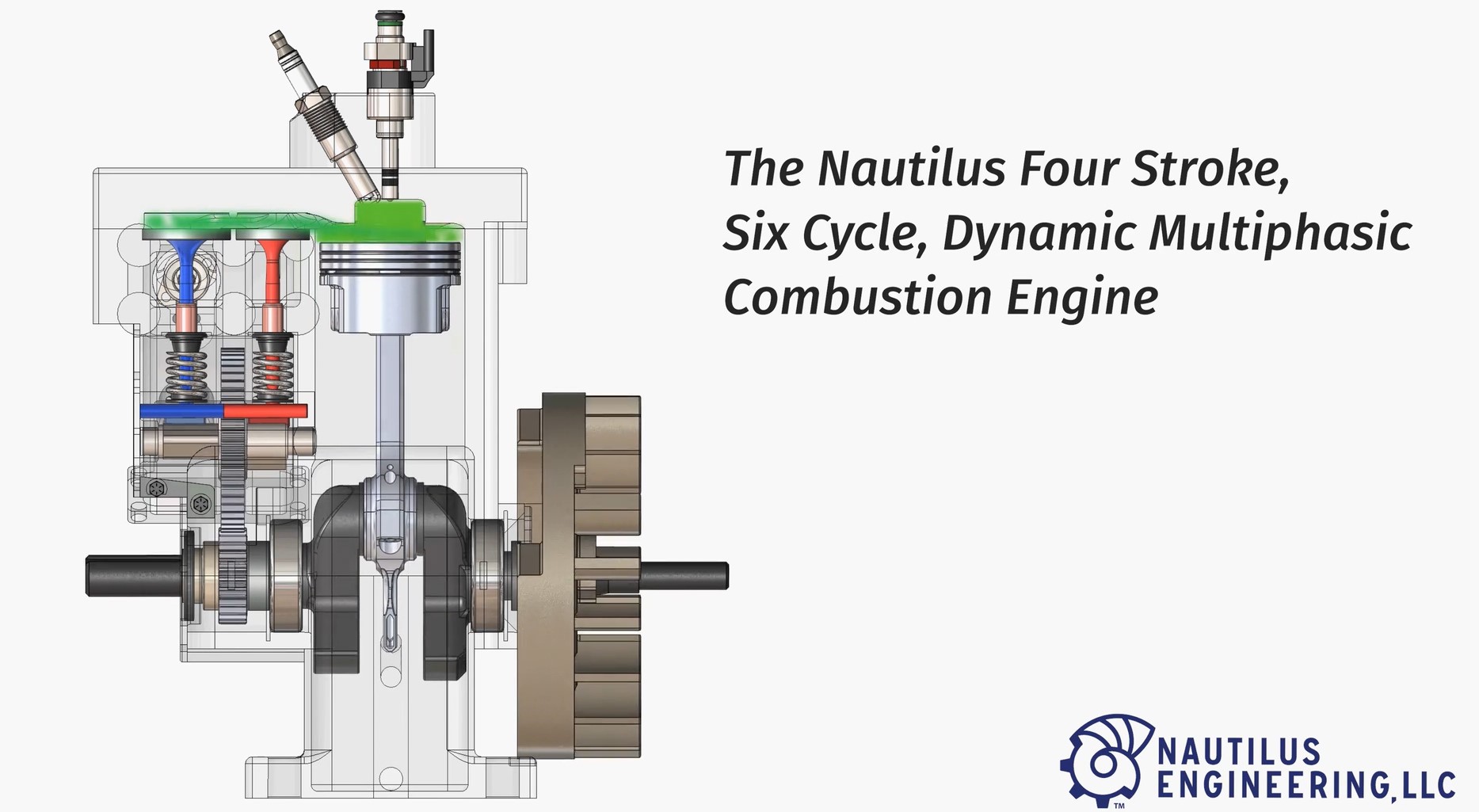 Double the firing frequency and you might just double your power density, but emissions and lubrication challenges have always dogged the stinky two-stroke. Not anymore.

Achates puts a second piston in each cylinder, with the two pistons facing each other (see illustration below). In place of a cylinder head at the top of the engine is a second crankshaft and set of connecting rods. In place of poppet valves are intake and exhaust ports that become exposed at the extreme ends of each piston’s travel.

Lightly pressurized intake air helps push out the exhaust. Fuel gets direct-injected just as the two pistons come together (presenting a flattened-rugby-ball-shaped combustion chamber), and then it’s ignited via spark plug.

If all those claims pan out in an engine with reasonable refinement and reliability and little or no cost penalty, a Wards 10 Best trophy seems assured. 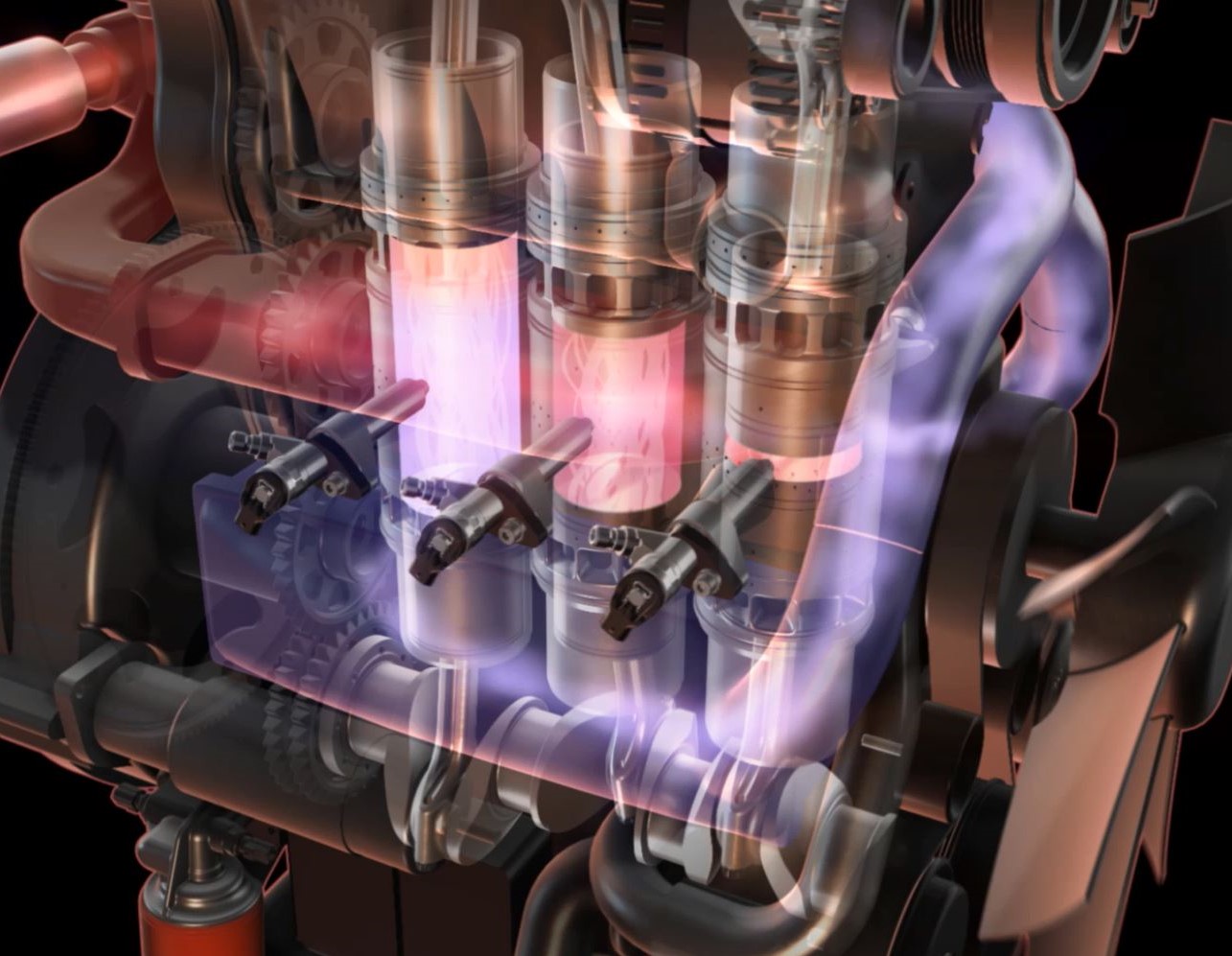