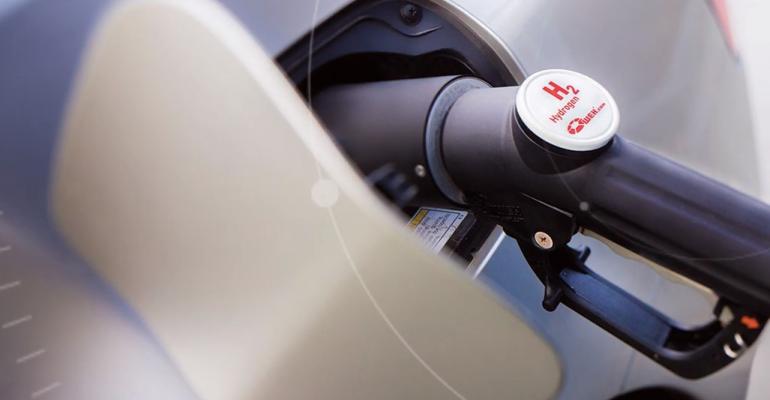 FCV owners can road-trip from San Diego to Lake Tahoe with a reasonable expectation they will find hydrogen fuel. But are FCVs in competition with longer-range battery electrics?

This is the fourth in a series of articles highlighting powertrain trends as the Wards 10 Best Engines competition celebrates its 25th year.

General Motors built the world’s first fuel-cell vehicle. Based on a 1966 GMC van, the Electrovan offered seating for five people but a meager amount of cargo space due to the oversized fuel-cell components.

Almost half a century later, Wards named an FCV to its 10 Best Engines list for the first time, characterizing the 2015 Hyundai Tucson Fuel Cell CUV and its 100-kW propulsion system as “ahead of the curve.” More recently, the Wards judges recognized both Honda (2018 Clarity Fuel Cell) and Hyundai (2019 Nexo) for building world-class FCV powertrains.

More than 50 years have passed since the Electrovan made its mark on automotive history. Now, FCV innovation is accelerating as hard as a 16-year-old with a freshly minted driver’s license out for a joyride in a Tesla Model S Performance set to Ludicrous Mode.

Take, for example, the 2019 Hyundai Nexo, which offers 5-passenger seating, 380 miles (612 km) of driving range and a hydrogen refueling time of approximately five minutes. It is a no-compromise FCV wrapped in an appealing crossover design that provides the passenger and cargo space that people want.

Infrastructure to fuel FCVs must grow rapidly to keep pace with vehicle development and deployment. This summer, California is one of two U.S. states with retail hydrogen fueling stations, according to the U.S. Department of Energy. And they’re all located in the Golden State except for a single retail outlet in Mapunapuna, Hawaii, near Honolulu. Opened by Servco Pacific Inc., it services Mirai FCV drivers who lease their cars through the company’s Toyota dealership.

Most of California’s retail fueling stations are located in the Los Angeles and Bay Area regions. However, network expansion is slowly connecting the dots. Today, 40 stations are open, and FCV owners can road-trip from San Diego to Lake Tahoe with a reasonable expectation, though no guarantee, that they will find hydrogen fuel. Another 24 hydrogen stations are at some stage of the permit, planning, construction and commissioning process.

As the hydrogen infrastructure expands, so will consumer adoption of FCVs. Toyota’s introduction of the Mirai triggered brisk growth in FCV sales. According to the California Fuel Cell Partnership (CaFCP), FCV sales in the U.S. rose from 112 vehicles in 2015 to 1,082 in 2016. They doubled again in 2017, to 2,298 units, but have since leveled off despite a redesign and greater availability of the Honda Clarity Fuel Cell as well as the debut of the Hyundai Nexo.

Don’t assume, however, that FCV demand and sales are stagnating. Gilbert Castillo, senior group manager-Alternative Vehicle and Advanced Vehicle Strategy for Hyundai Motor America, says the company is selling Nexos as soon as they arrive on dealership lots.

“Right now, (we have) a production capacity limitation,” Castillo tells Wards. “Demand globally is strong, especially in Korea and Europe. Next year, we expect to have more volume to sell, but (then) we are bumping up against a station limitation issue.”

In 2017, the California Air Resources Board identified potential gaps in hydrogen production capacity. In 2018, the California Energy Commission awarded grant funding to add two tons of renewable hydrogen to the state’s growing network of fueling stations. In 2019, hiccups in production and distribution caused frustrating shortages of fuel in the state.

Despite such challenges, leaders in California, Asia and Europe remain bullish on FCVs. Wards Intelligence predicts that the global hydrogen FCV market will grow to 300,000 light vehicles by 2030.

“The years 2020 to 2030 will be for hydrogen what the 1990s were for solar and wind,” says Pierre-Etienne Franc, vice president-Advanced Business and Technologies for Air Liquide, a leader in hydrogen fuel production, in a quote published in the 2018 Annual Evaluation of Fuel Cell Electric Vehicle Deployment & Hydrogen Fuel Station Network Development by CARB. 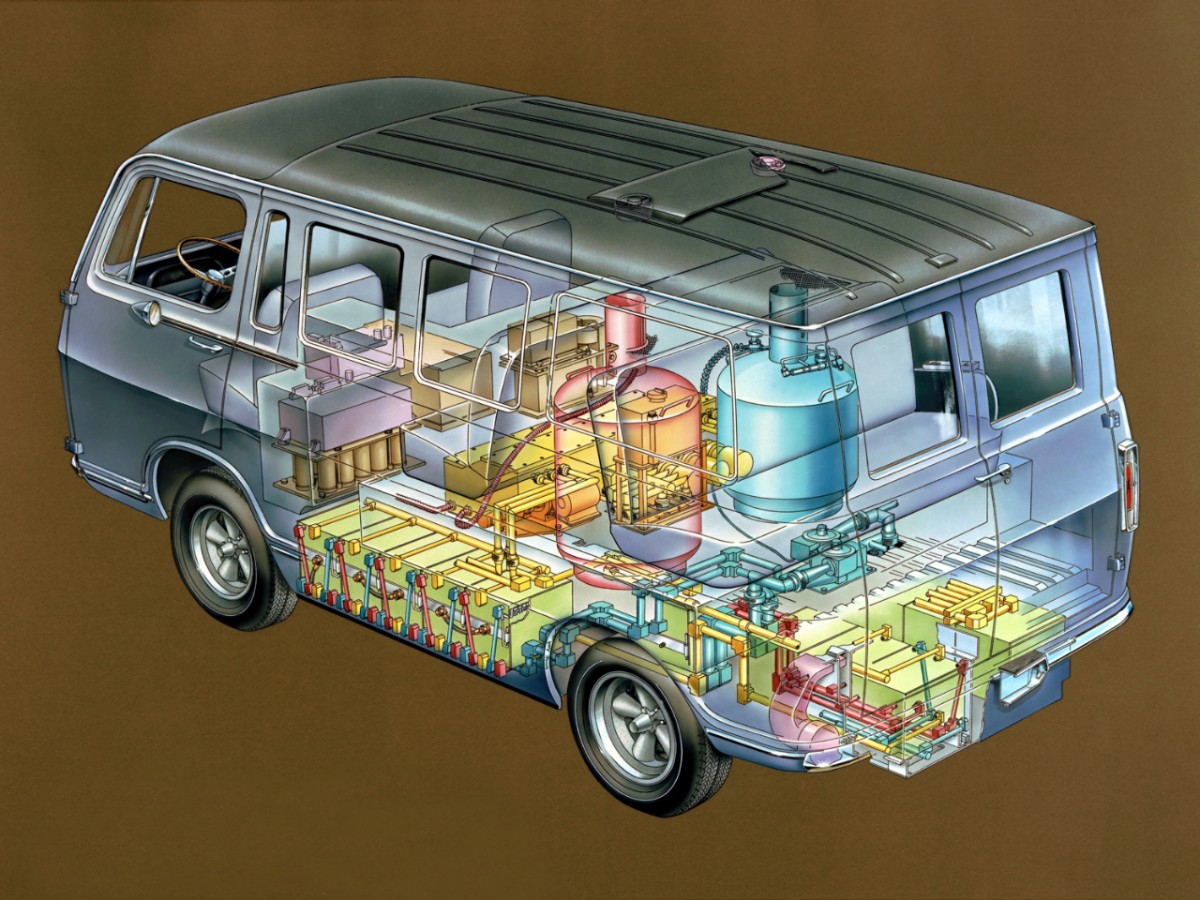 China also is aggressively pursuing the technology, which already powers some of the nation’s trucks and buses. At a June 2019 conference in China, Wan Gang, vice chairman of the Chinese People’s Political Consultative Conference, urged the country to speed development of hydrogen fueling infrastructure to support commercial FCV applications.

Meanwhile, in California, then-governor Jerry Brown issued an executive order in January 2018 to double the state’s network of hydrogen stations from the planned 100 by 2023 to a total of 200 by 2025. Furthermore, Brown set a target of 5 million zero-emission vehicles (ZEV) on the state’s roads by 2030.

Based on these governmental actions, the CaFCP ambitiously predicts improvements in the availability of renewable hydrogen fuel, the re-fueling experience and cost reductions that make FCVs more competitive with gasoline vehicles.

Fuel cells, however, could face a significant challenge from battery-electric vehicles.

Brown’s executive order also called for dramatic increases in BEV sales and the charging station network that supports them. At the same time, the latest DC fast charger public recharging stations are capable of delivering up to 500 kW to compatible vehicles, replenishing long-range battery packs to 80% in as little as 15 minutes. 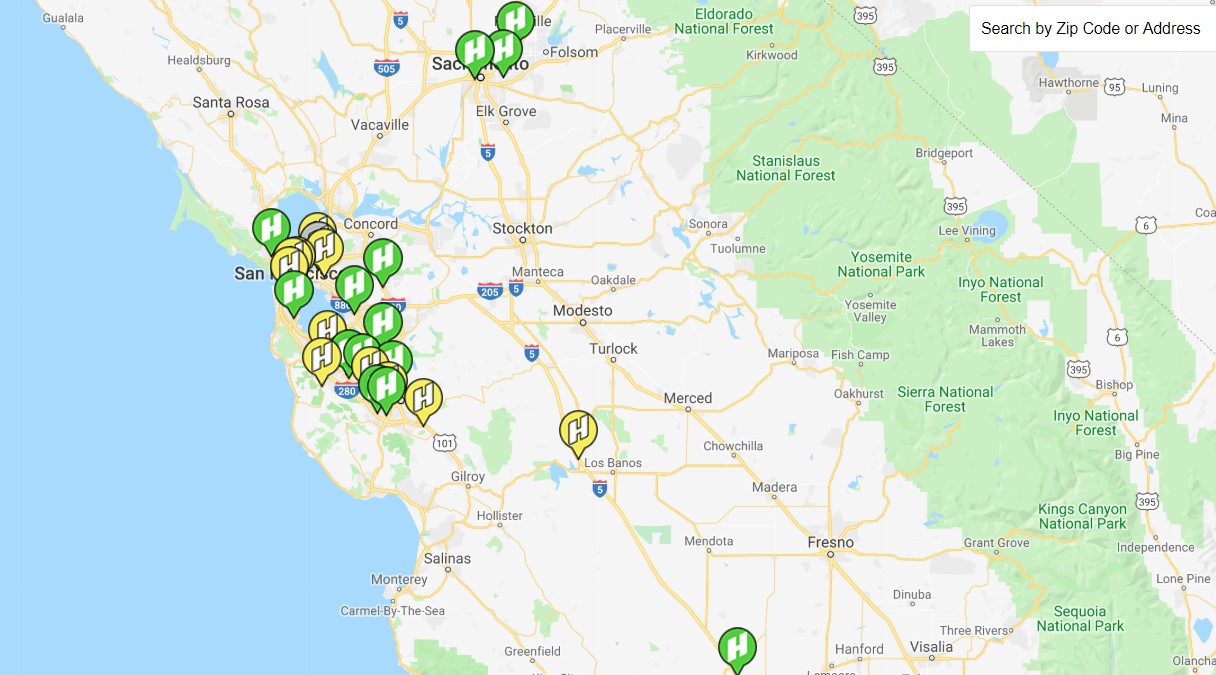 Hyundai’s Castillo doesn’t think so, explaining that daily DC fast charging is not how BEV owners recharge their vehicles, and even when that solution is used it cannot compete with the Nexo’s five-minute refueling time for 380 miles of range. Furthermore, Castillo says people who do not own their own homes have trouble recharging BEVs, making FCVs more appealing to renters.

With regard to future vehicle propulsion systems, is this a Betamax vs. VHS moment for the transportation industry? Likely not, as both BEVs and FCVs appear to have distinct advantages.

One thing is almost certain, however. More of these alternative power sources likely will find their way onto the Wards 10 Best Engines & Propulsion Systems list in the 25 years to come.