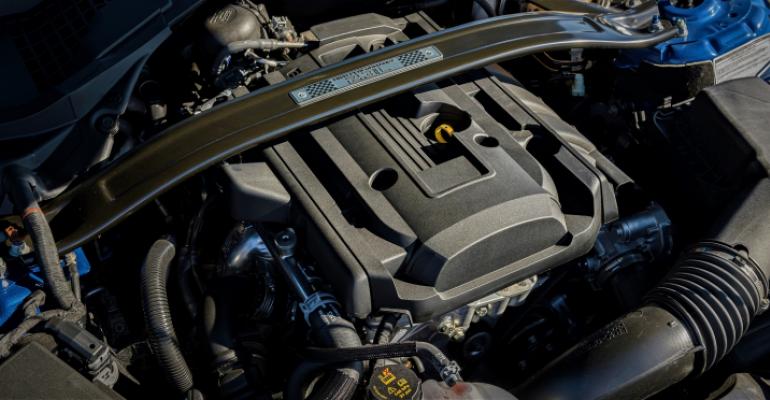 A 4-cyl. delivering more power than V-8s found in Mustangs a decade ago puts smiles on our faces and punches the 2.3L EcoBoost High Performance Package into this year’s top echelon.

The 2020 Wards 10 Best Engines & Propulsion Systems are being revealed, in random, non-alphabetical order, one a day until Dec. 20. This is the third winner profile.

At 144 hp per liter and a $32,000 base price, when it comes to top pony-car performance for the dollar, there is no better candidate than the high-output 2.3L EcoBoost turbo 4-cyl. in the ’20 Ford Mustang High Performance Package.

Technically a return winner from 2017 in the short-lived Ford Focus RS all-wheel-drive hatchback, in the Mustang the engine is shifted to a longitudinal arrangement, driving the rear wheels via a 6-speed manual or 10-speed automatic transmission.

We loved the engine in the Focus RS, and the magic continues in the Mustang HPP application. It shares the RS engine bore, stroke, compression ratio, valvetrain and cast-aluminum block and heads, but vehicle-specific tuning, a 5%-larger twin-scroll turbo compressor and a special quad exhaust create a unique new feel in the venerable pony car. 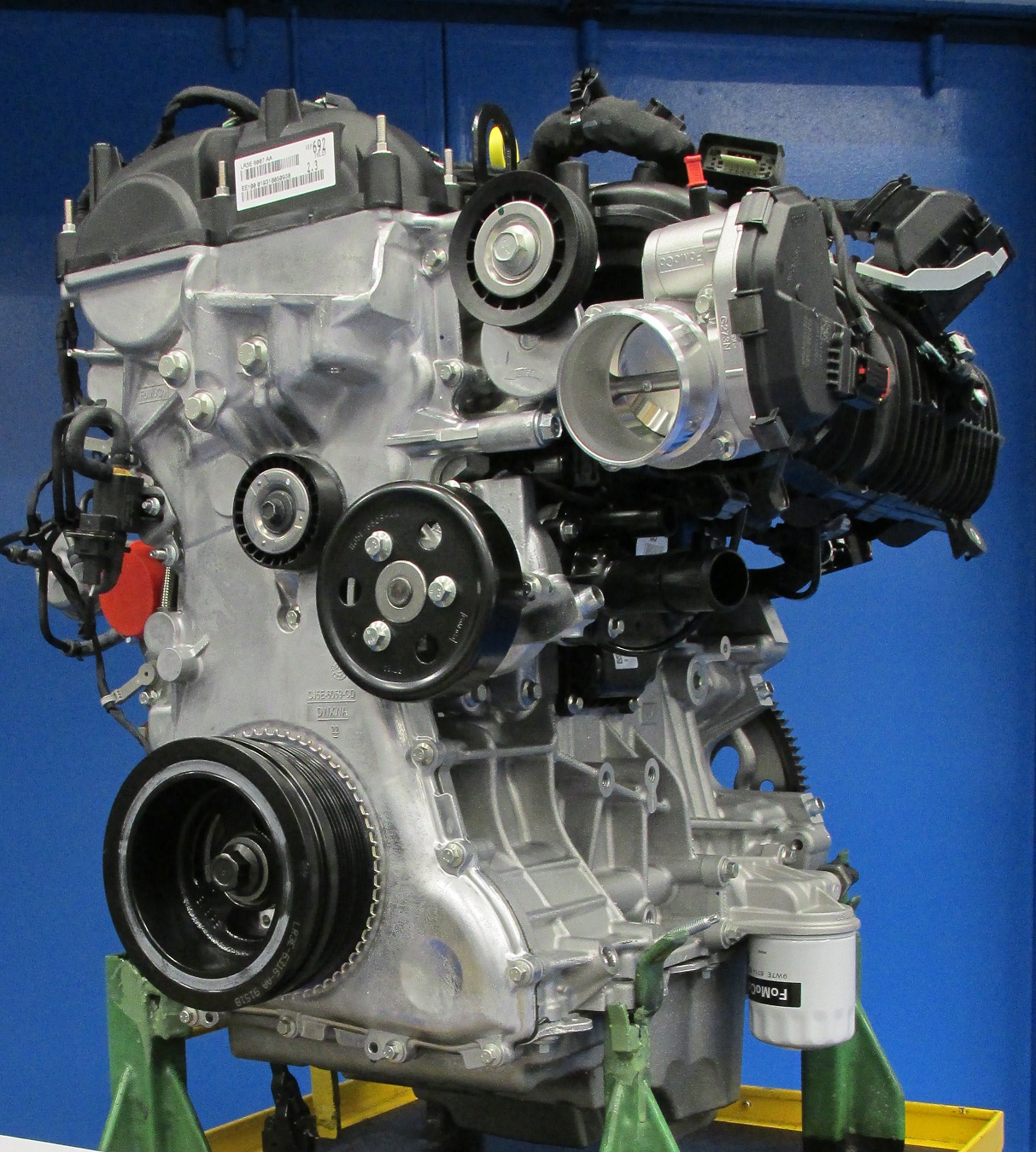 The engine also likes to run to its 6,500-rpm red line, a key attribute considering some of the most smile-inducing, V-8-like engine and exhaust notes appear in the 4,000-rpm-and-above range. As much as the 6-speed manual can keep the engine on boil, we found the same level of control with the 10-speed automatic by engaging SportPlus mode and managing the quick-shifting gearbox via the steering-wheel paddles.

“This is a very modern and technically sophisticated propulsion system that sells a more agile car and different value proposition to a different kind of buyer,” says editor Drew Winter. “But it definitely sells the car.”

With more than half of Mustang buyers now opting for turbocharged 4-cyl. power, the addition of this high-performance 2.3L is sure to spike sales even further. For as much as we all love the rumble of a big V-8, the 2.3L High Performance Package (below) deserves honors for redefining the meaning of “muscle car.” 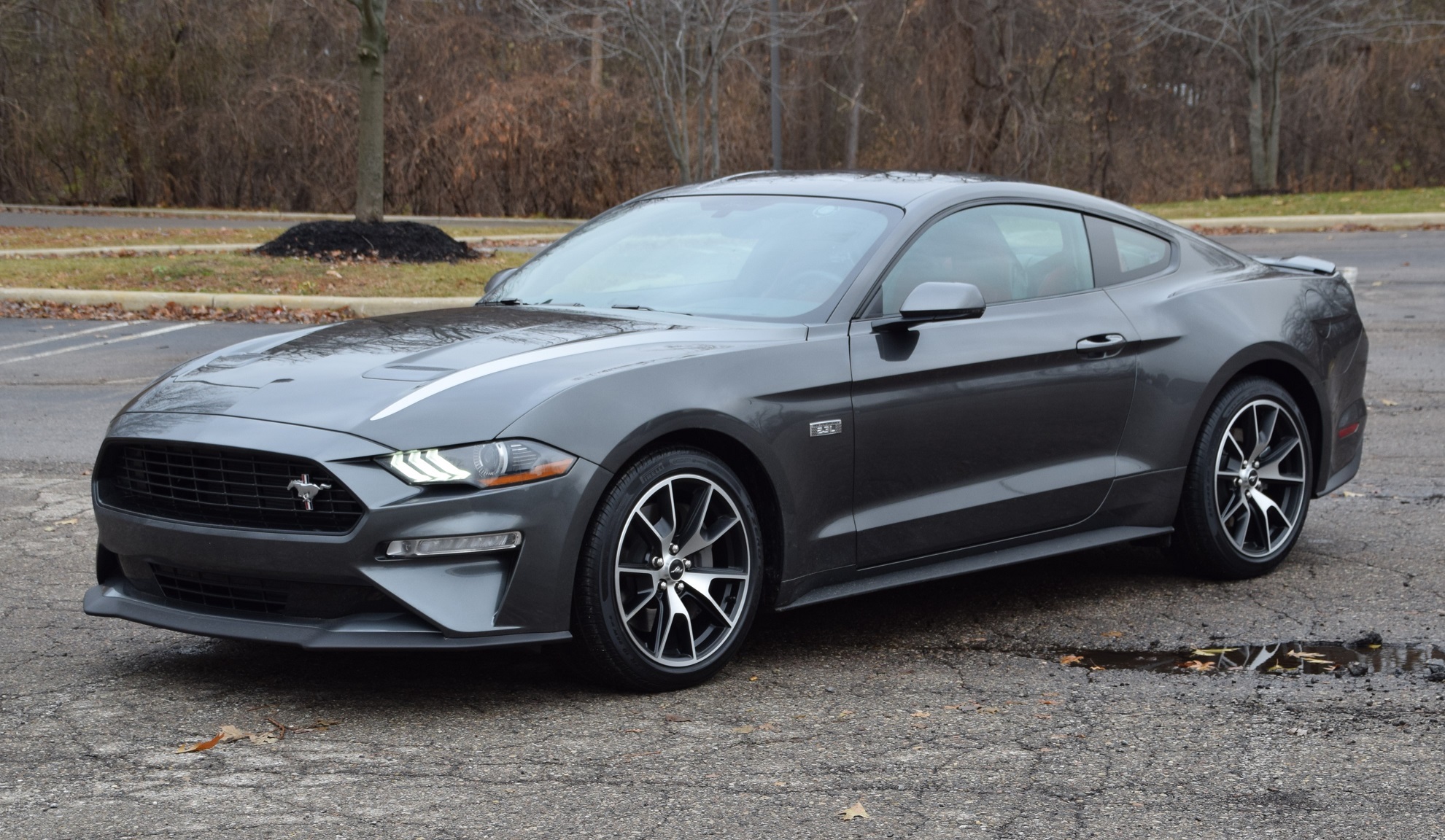